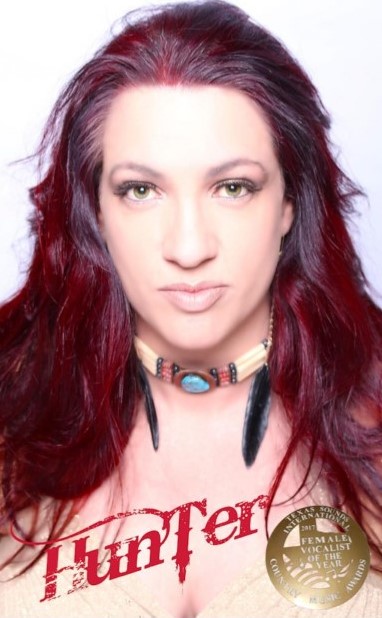 HunTer hunts down hearts with her beautiful dynamic voice. HunTer is a multiaward winning passionate, super-talented, singer, song-writer, MC, Motivational speaker and Radio presenter. Her rich, vocal versatility as a performer has entertained audiences since the young age of 16. Now this dynamic woman will keep you on the edge of your seat wanting more, each song she performs is delivered with pitch perfect excellence!

HunTer was born and raised in Benoni, South Africa

HunTer is currently busy producing and recording her 1st Gospel/Christian album, she covers some well-known songs but has written a few of her own 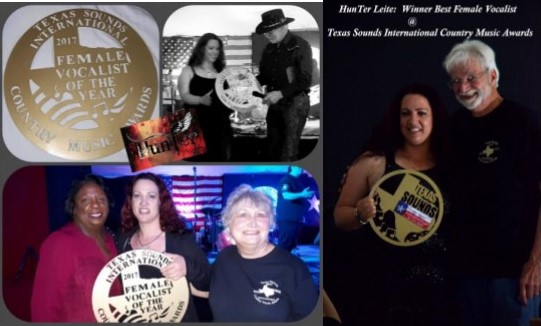 She won WORLD MUSIC ARTIST OF THE YEAR 2019 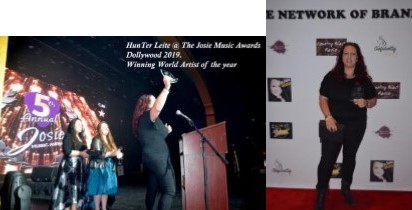 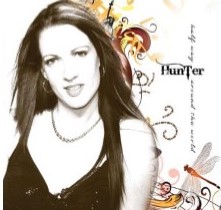 This album is said to be her soul work as most of the songs she has written herself.

The title track “Halfway Around The World” has hit the Top40 charts on East Rand Stereo and has made its way from #39 to #1. 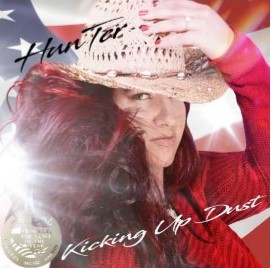 HunTer has released her Country Album titled “Kicking Up Dust” (2019)

This 12 track album has been written over 4 years,

each song with an inspiring story behind it. 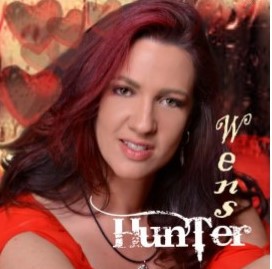 She wrote 8 of the songs on the 10 track album.

This album appeals to young and old.

HunTer’s albums have also been play listed abroad, HunTer’s music is play listed on over +-100 radio stations around the world. www.hunterleite.co.za

HunTer was invited by Johan Stemmet to be a guest performer on the TV show called Musiek Roulette in 2015, and again in 2016 which was broadcasted on SABC2.

HunTer has performed and MC’d at several high profile live broadcasted events such as Miss South Africa, Mrs South Africa, Out of Africa Beauty Pageant as well as been a guest on Fiesta, Musiek Roulette and Sports channel on DStv for SA Basketball championships. She has also performed at Emperor’s Palace, Atterbury Theatre as well as Barnyard Theatre, Arto Theatre and many more.

HUNTER CAN PERFORM AT ANY CHARTY EVENT AT HER MINIMUM RATES.

HunTer was elected as the proud Ambassador of iThemba Support and Rape Centre in Benoni in 2014; she has also written a song for woman and child rights, which will hit the airwaves this year. This video can be found on YouTube: We Are The Women by HunTer

Q: Where can HunTer perform?

A: HunTer can perform at any event or function!

Q: What type of music does HunTer perform?

A: Adult Contempary in MANY genres from Country, Rock, Pop, Ballads, Pub sing-alongs to Gospel. She does covers with a mix of her own original songs in English, Afrikaans and Portuguese, HunTer reads the crowd to cater for her audience.

Q: Do you have sound equipment?

A: Yes we HunTer has all her own equipment and can cater from small to large events (500 pax).

Q: Does HunTer perform with tracks or a band?

A: HunTer can perform both depending on the client’s needs and budget.